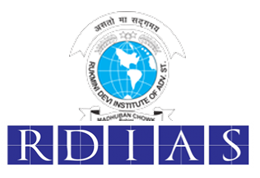 HOW TO MASTER MUN CONFERENCE DEBATES

Are you indecisive about taking part in a Model United Nations for the first time? Then, my friend, I must assure you that you are about to embark on a life-changing journey that will help you develop optimism in leading others, a greater understanding of global issues, and the opportunity to meet new people from all over the world.

There are a lot of things to read and research to be done, and you might not know much about the UN and the numerous things that scare new delegates-knowing what to say in a discourse or during an assembly, making points or movements interestingly, understanding what another term implies, and so on.

Before you begin researching, reviewing, and making preparations, you must first comprehend how MUN works.

Each delegate in the MUN represents a country in a United Nations Committee debating a major global issue.

This blog will provide you with a set of modest but useful strategies to help you transform your discussions from good to impactful, efficacious, and remarkable.

To begin to discuss your point of view, you must first have a well-formed one. Make certain that, before entering the conference room, you:

Also, knowing what your MUN committee’s mandate is will assist you conceiving what it can and cannot do. This will prove to be very helpful when it’s time to write down practical suggestions.

You should have a basic idea of:

In model UN conferences, when delegates are provoked, they do not abandon diplomatic decorum. The strongest indicator of a worthwhile debate is that the two opponents respect each other.

As any experienced delegate would tell you, diplomacy is much more than the way you talk or the rules of procedure. Diplomacy is a mindset and a set of consistent decisions. True diplomacy is a source of power since it has the ability to affect the committee’s direction. As a result, the best diplomats are usually the best delegates.

Even if they are fully opposite to your opinion or alliance, respect the other delegates. This will make you appear more professional and will help to enhance your points rather than the other way around.

A strong offence is the best defence.

It is said that the best defense is a good offense so you can begin your criticism of opposing delegations with evidence you’ve gathered that devalues their stance. Demand that their country’s action plans or statements be explained. Be the first one to stir the water, and you could just distract them long enough for them to counter your attacks.

You can then utilize this time to form dialogue with other delegations, stake out your position in the argument, or simply place them in the “defender” rather than “attacker” position.

They may even retaliate by exploiting your own shortcomings. Attacking, on the other hand, shows that you are a force to be reckoned with.

A great listener is also a strong debater.

Here’s a wonderful technique you can master by listening. Begin by agreeing on what can be agreed upon with the other delegate, and then refuting it. It will multiply the power of your refutation.

Have an Open Mind.

TIP: After getting to know your audience, begin your speech by presenting a universal principle that everyone in the room can agree on. Take note of how the sentences appear to be logical. However, before you begin explaining your actual relevant points of issue, the entire audience will have agreed with you for a few minutes.

Your speech will not be heard if you do not grab and maintain the eyes and ears of the other delegates in the room while giving it.

I hope you have a wonderful time participating in the MUN.

Five reasons why one must attend an MUN Conference

The name may sound intimidating but the concept itself isn’t. It’s a pretty simple one. It’s an international organization where students can learn about different cultures and countries by experiencing their way of life through a different lens. It’s essentially a conference where students can take part in simulated diplomacy by representing one of the 192 UN member states in the world. Sounds scary, right? Well, it’s not. It’s quite the opposite. It’s an opportunity that should not be missed. Here are 5 good reasons why you have to attend Model UN at least once in your life.

Typically, you’ll spend three to four days learning the ins and outs of the United Nations and how a country’s government works. Perhaps the most valuable thing you’ll learn is that diplomacy isn’t always talking the talk, but is also listening and learning and having respect for others.

The agenda points covered in MUN vary from year to year but frequently focus on current events such as war and peace, global warming, gender equality, health, food, etc.

Furthermore, where do you fit in all of this? MUN is a great opportunity to explore the policies, politics, and ideals of various countries, as well as the conflicts that arise from these. Understaning these from both perspectives—as well as be able to discuss them with other students from around the world—will give you a much better appreciation for the world we all share.

While many MUN conferences have the same participants each year, others vary wildly in the countries they bring together. This can be a great way to branch out and meet new people from all walks of life.

Furthermore, people often travel to MUN conferences to take part in the program. This includes a wide range of backgrounds including students, business people, politicians, and NGO workers. Being able to speak with these people and learn from them can be a great opportunity to build your network.

During the conference, you’re also likely to make friends with other participants from around the world. Many conferences have a “local” or “international” square, where participants can meet other delegates from other countries to practice their language skills and chat with them about the United Nations or whatever else comes to mind.

One of the most important skills you can develop as a student is the ability to communicate clearly and persuasively. This is where MUN can help.

MUN conferences often have a discussion component, where delegates have open-microphone speeches about a particular topic. Often, these topics have to do with current events or the ideals of the United Nations.

Practicing your speech in front of your classmates and being forced to give short, impromptu speeches can be a great way to get used to speaking in front of a large group and practicing your presentation skills.

One of the most enjoyable aspects of Model UN is seeing how other cultures are represented. Countries are divided into two or three “sides,” and each country’s delegation will be made up of students who are from that country as well as students from other countries.

As a result, you’ll rarely encounter the same two countries on both sides of a conflict. This can give you an interesting look into the cultures of other countries and how they’re perceived by others.

Furthermore, the debates and discussions you have during Model UN can be a great way to practice speaking in front of a group and argue a point using evidence to support your case.

Finally, one of the best parts about Model UN is that it’s simply a lot of fun.

And if you’re not quite ready to say goodbye to your new friends just yet, you can always sign up for another session!

Regardless of where you go or what you do, you’re likely to have an excellent time at your Model United Nations conference. From meeting new people and learning about diplomacy and the United Nations, to having fun and practicing your public speaking skills, Model UN is a great way to spend a few days.

How MUN helps build your CV

Most of us present our candidature for MUN without even knowing the meaning of it.

MODEL UNITED NATIONS (MUN) is a simulation of United Nations procedures. Participants role-play as UN delegates and engage in negotiations, discussions, and lively debates, the cornerstones of UN activity. Along with the knowledge of the world we live in.

Building of one’s profile and resume is a prerequisite to get a good university for higher education or to seek a good job.

Taking part in a Model United Nations conference is an ideal way to boost your skills in order to make your CV stand out when applying for universities, internships or jobs.

MUN looks great on your resume and gives you the learning and leadership experiences that the recruitment personnel look forward to. Such an experience helps you stand out amongst your peers with real-life experience.

It is true that,

“Hard skills may get you a job, but soft skills can MAKE you or BREAK you as a manager!!”

The experience Model UN can provide a student, in high school or college, is invaluable.  Soft skills such as time management, leadership, flexibility, empathy, diplomacy, persuasiveness and adaptability are complemented by a range of hard skills that could include commercial printing, management budgeting, graphic design, curriculum design, and research.

So let’s come together, keep our thoughts together and work together in IMUN 2022.

View us on Map