RDIAS is organizing webinar on “Artificial brain”. Making an artificial brain is not a part of artificial intelligence. It will be a revolutionary journey of mankind exploring a science where one cannot write an equation, a material will vibrate like geometric shape, and then those shapes will change to make decisions. Geometry of silence plays like a musical instrument to mimic a human brain. Our thoughts, imagination, everything would be a 3D shape playing as music. With respect to the importance of mimic a human brain, we are organizing this webinar which will facilitate augmented learning about “Artificial Brain”.

Students and Professionals from diverse background can participate in this session.

Webinar would involve conceptualization, experiential learning and interactive session.
Webinar will be delivered through google meet. Link of the google meet will be shared with all the participants and an invitation will be sent a day before the session. You need to mention the correct email id in registration from so that you could attend the session smoothly. 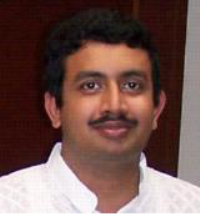 E-certificate of participation will be provided to all the participants, who will successfully
register and fill the feedback from after completion of session.